Via UWIlinC, users have access to thousands of print resources available in the Campus Libraries, including books and journals.

To locate print materials on the shelves you must use a call number - a combination of letters and numbers - these numbers are printed on lables which are stuck onto the spine of books. You must intrepret this number section by section, for example...

.H447
A decimal should follow, then a combination of letters and numbers. Read the letter alphabetically, then read the number as a decimal:
.H447 = .447
.H52 = .52
Some call numbers have more than one of these lines.

To find material in any of the Libraries in the Campus Libraries Network, users can filter their search to show the books that are available.

Use the box below, to search for books in UWIlinC.

You can search by word or phrase and use the drop down menu to determine the fields.

This drop down menu is visible/accessible on the homepage of the St Augustine Campus Libraries.

To find material in any of the Libraries in the Campus Libraries Network, users can filter their search to show the journals that are available. 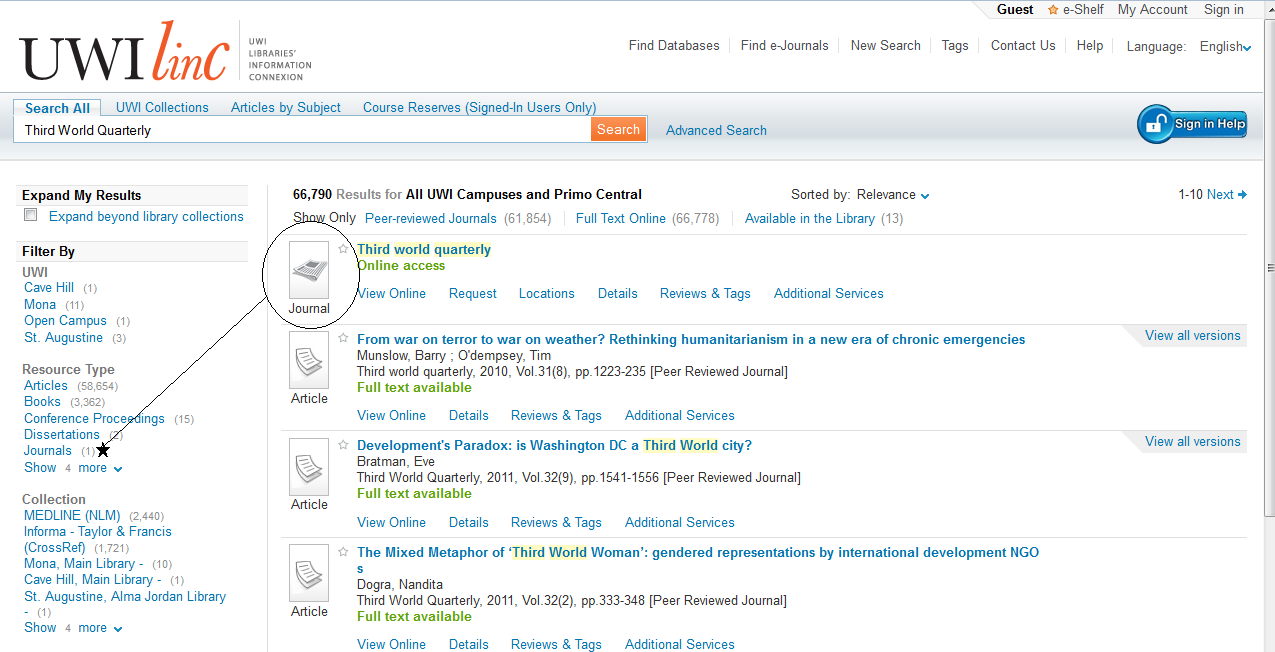