This course engages Level 3 students in sustained research on a major West Indian author. For 2015/16 the author was Linton Kwesi Johnson.

Professor Carolyn Cooper is a prolific author and researcher on Caribbean matters.

and can be accessed via UWILinC and the Mona Online Research Database. SOME FACTS ABOUT DUB POETRY

Dub poetry is a form of performance poetry of West Indian origin which evolved out of Dub music consisting of spoken word over Reggae rhythms in Jamaica in the 1970s. Unlike deejaying (also known as toasting), which also features the use of the spoken word, the dub poet's performance is normally prepared and rehearsed; compared to extemporized chat of a Dancehall deejay.  In musical setting, the dub poet usually appears on stage with a band performing music specifically written to accompany each poem, rather than simply performing over the top of dub plates or riddim; which is done in the Dancehall fashion.  Musicality is built into dub poems, yet, dub poets generally perform without backing music, delivering chanted speech with pronounced rhythmic accentuation and dramatic stylization of gesture. Sometimes Dub music effects, such as echo and reverb, are dubbed spontaneously by a poet into live versions of a poem. Many dub poets also employ call-and-response devices to engage audiences.  Dub poetry's lyrics and narrative focus on various subjects.  These include protest against racism and police brutality, the celebration of sex, music, and ganja, and Rastafarian religious themes.

Linton Kwesi Johnson is a UK based dub poet. LKJ, as he is also called, was born in Chappleton, Jamaica on August 24, 1952. His work forms part of the Course, LITS 3501.

While LKJ's performance can be sourced on YouTube, students are reminded to access scholarly written sources such as what is available from the Library's database. 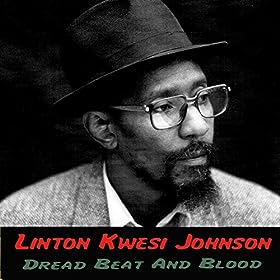