The Collection of Lucille Mathurin Mair 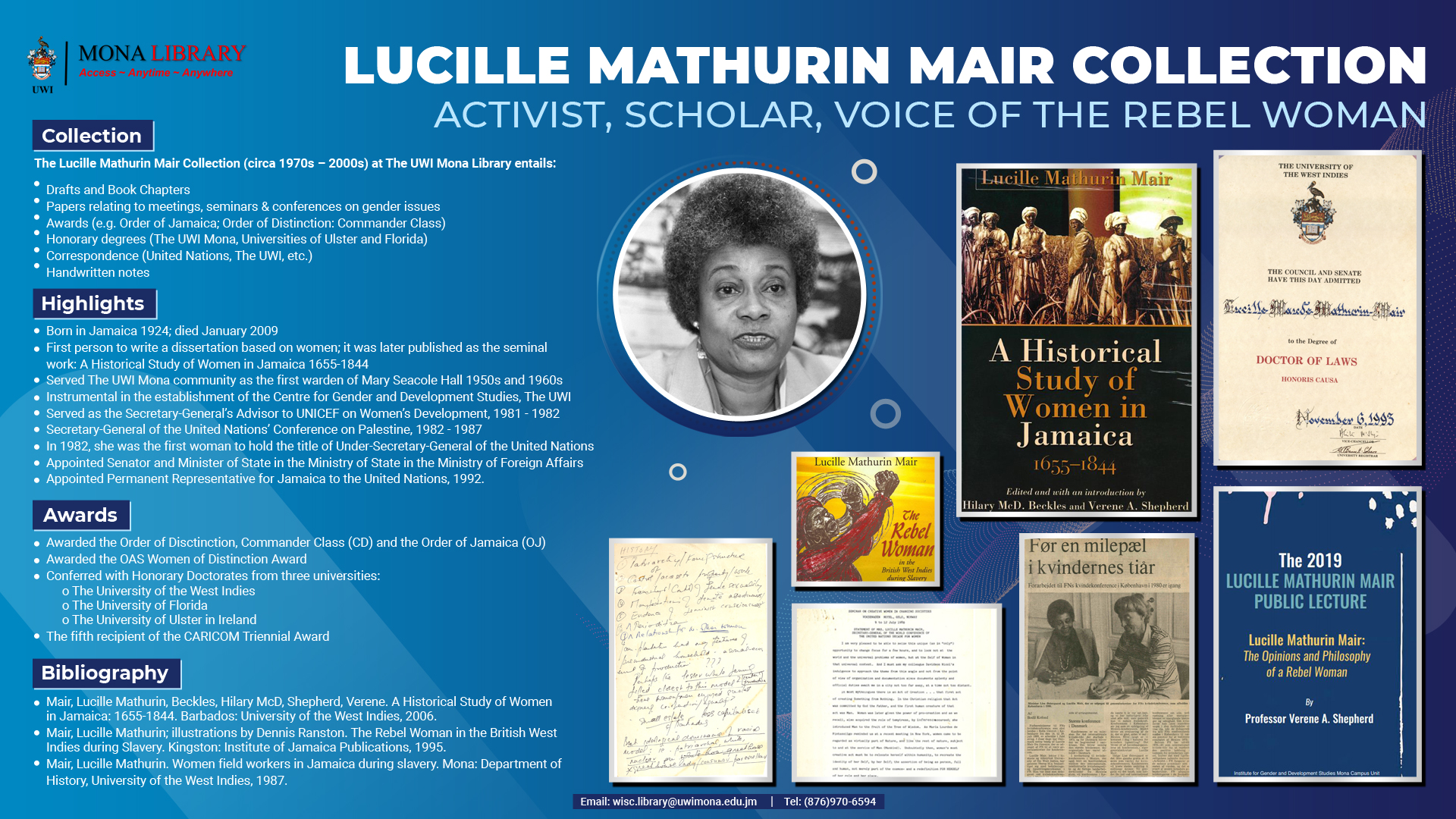 “Undoubtedly then, woman’s most creative act must be to relocate herself within humanity, to recreate the identity of her Self, by her Self; the assertion of being as person, full and human, not merely part of the cosmos – and a redefinition for herself of her role and her place.” (July 1980)

The Hon. Lucille Mathurin Mair’s pioneering study, A Historical Study of Women in Jamaica, 1655-1844 which was completed in 1974 and published in 2006, explored at length the invisibility of women in historical scholarship. In analyzing the variety of issues which confronted women of all classes during slavery, she sought to emphasize the fact that it was the black woman who labored but the brown and white women who benefitted. Since then and throughout the entirety of her career, Lucille Mathurin Mair fought to centre the issues and challenges confronted by women of colour. She explored issues such as gender equality, the role of women in the workplace and poverty alleviation. The Lucille Mathurin Mair Collection now housed at the West Indies and Special Collections (WISC) of The UWI Mona Library reflects this journey.

To those who wish to chart a blueprint into the early research and work of women in the Caribbean, this collection is an ideal place to begin with one who is considered the pioneer in the field. Tracing her path through this collection will indeed provide researchers with a necessary tool in not only general research in the field but also in exploring the life and work of this Jamaican icon.

FROM THE COLLECTION OF LUCILLE MATHURIN MAIR 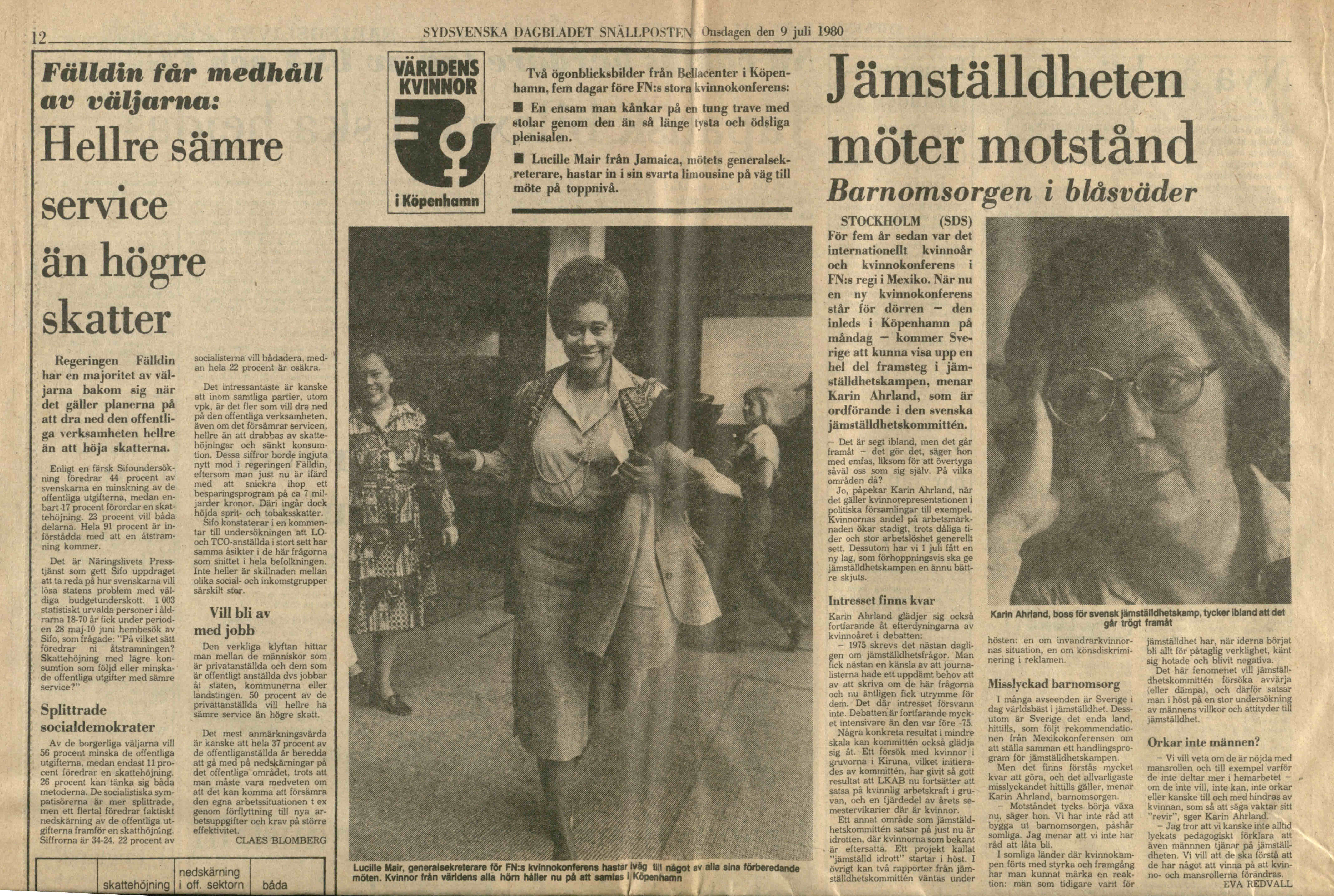 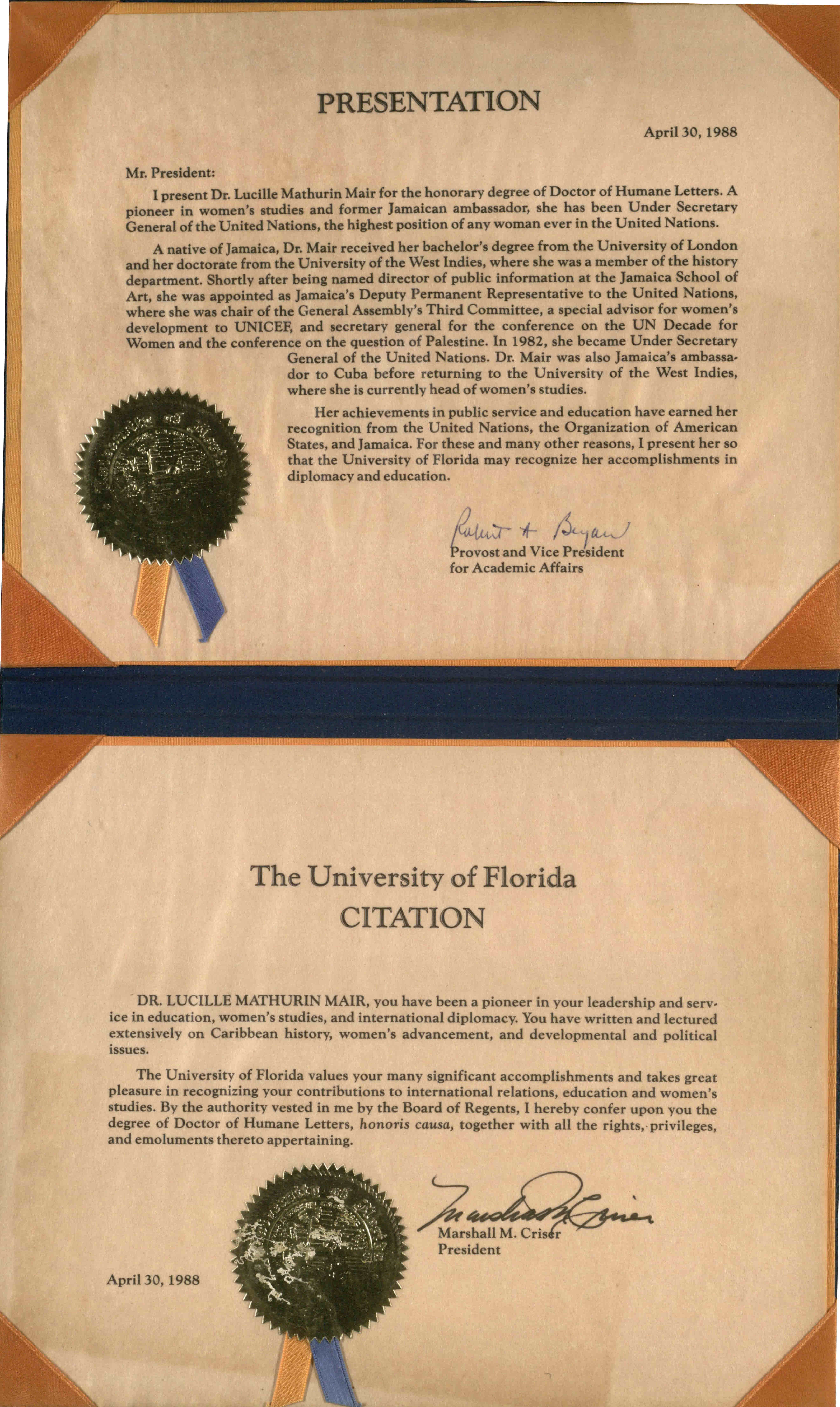 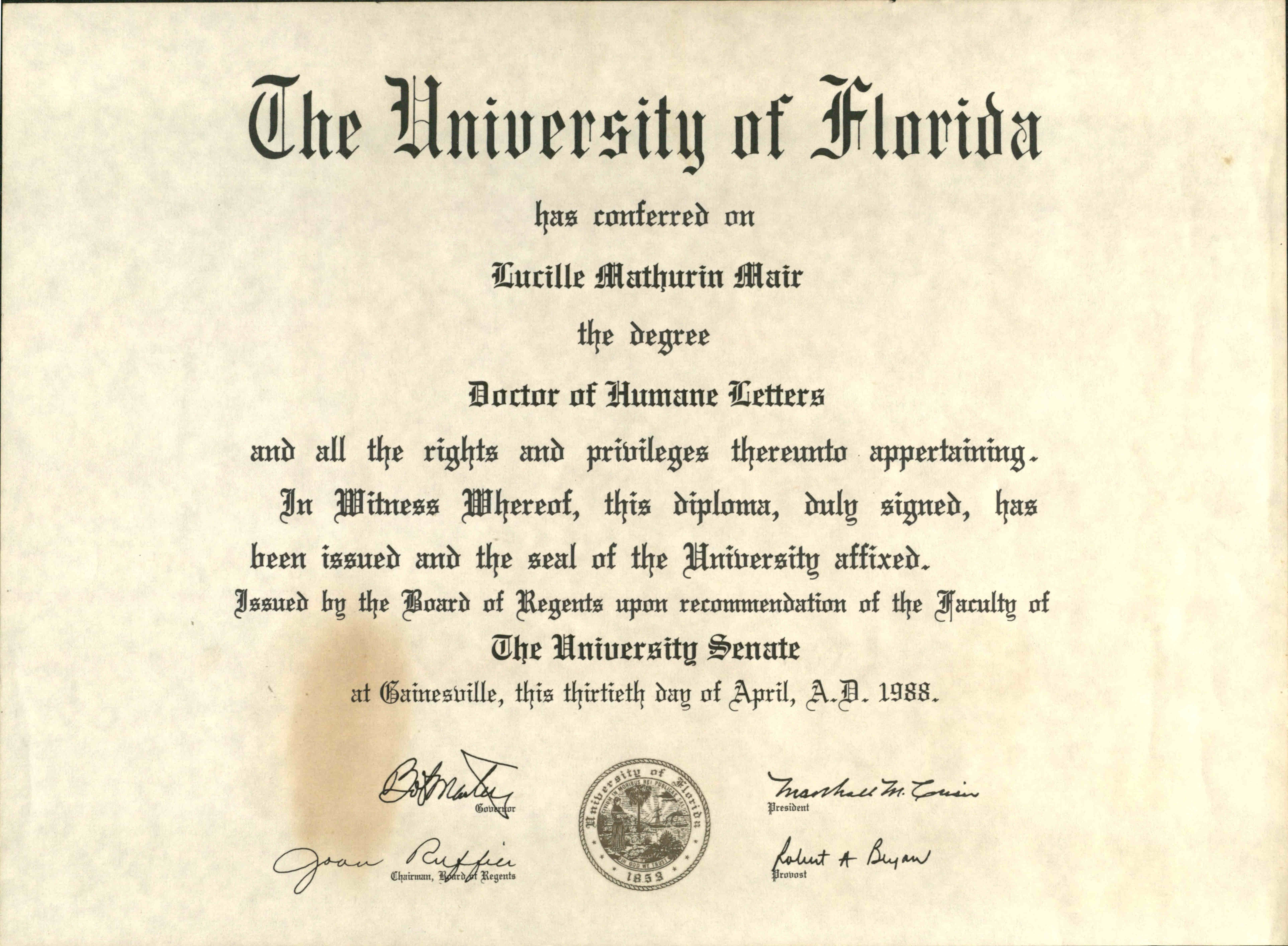 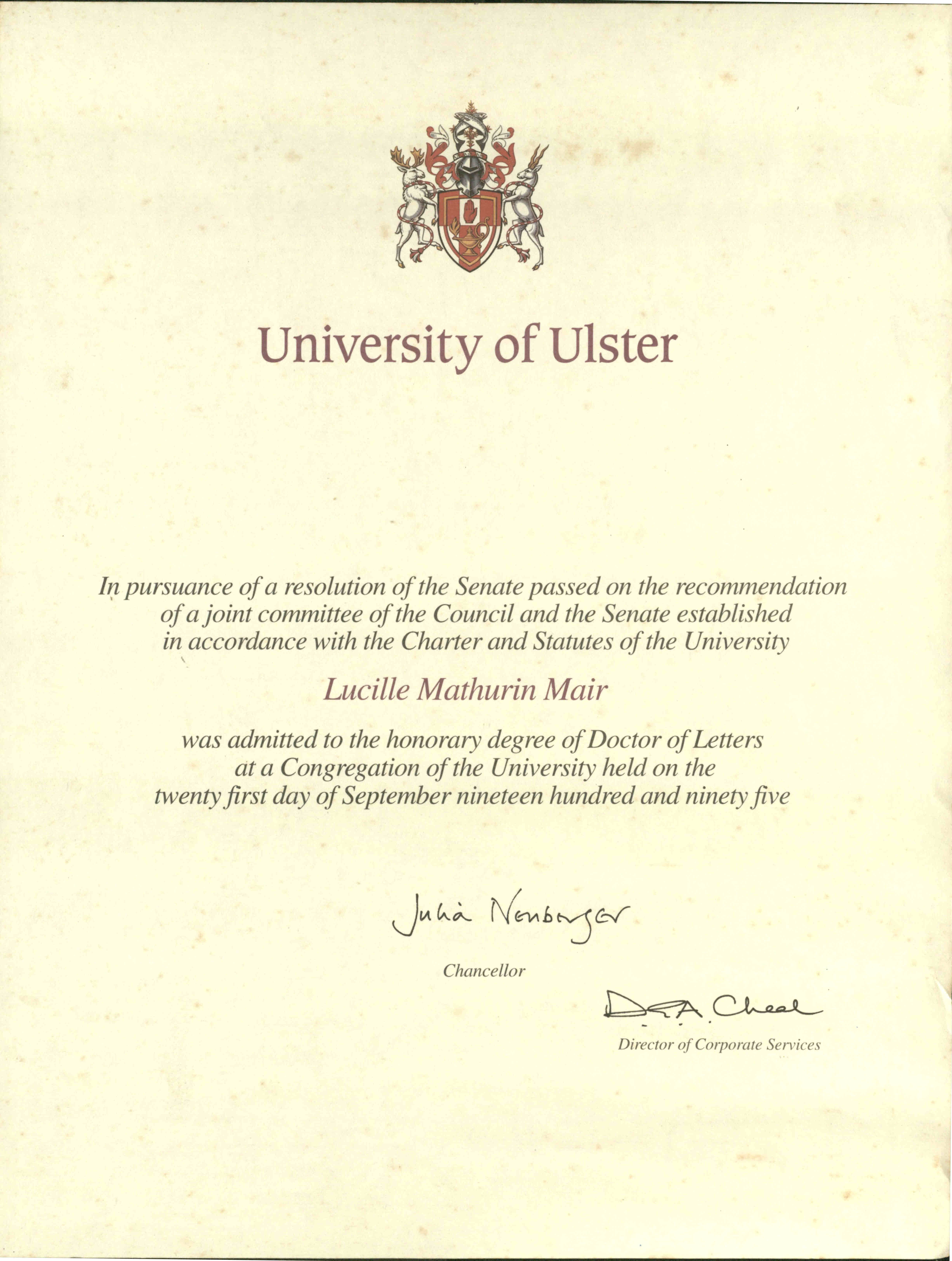 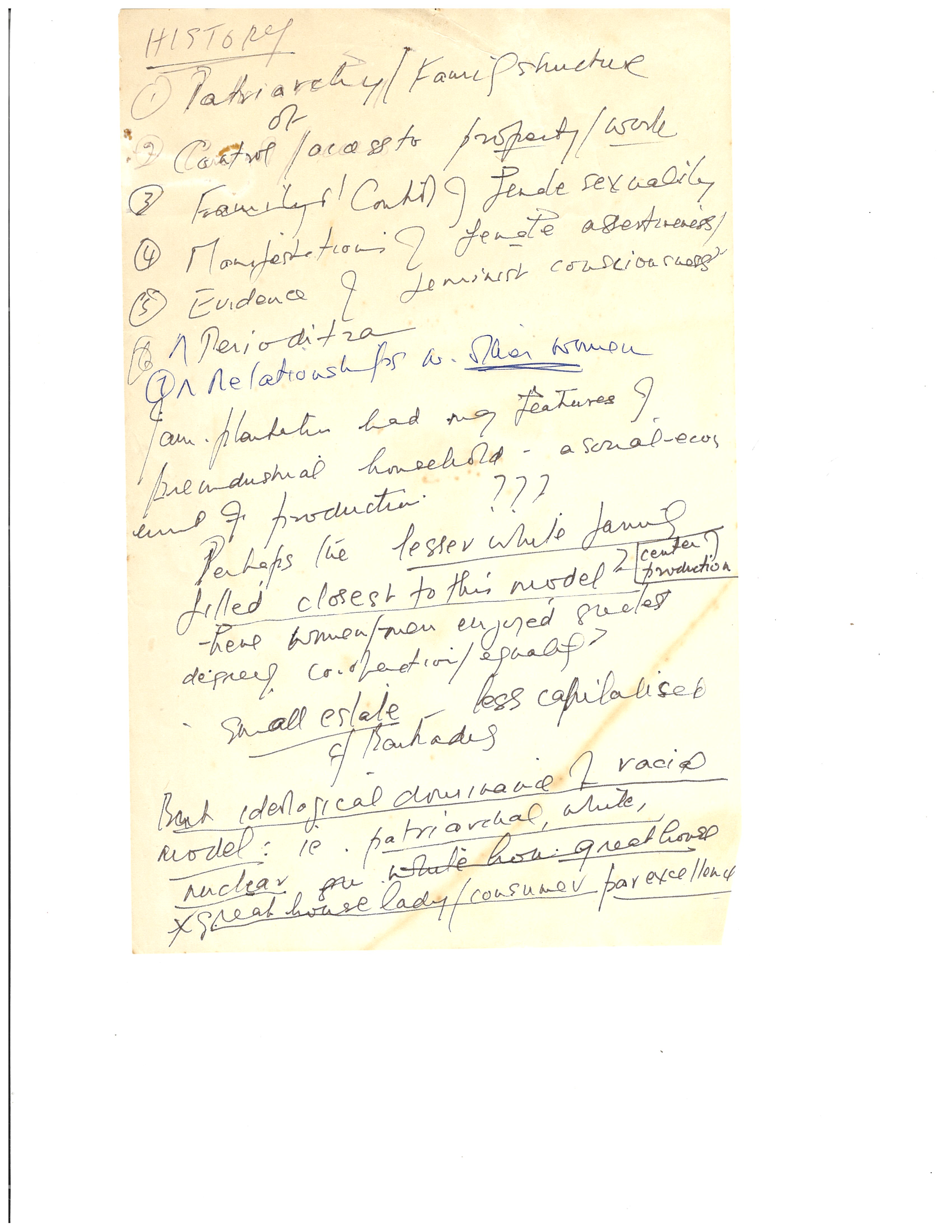 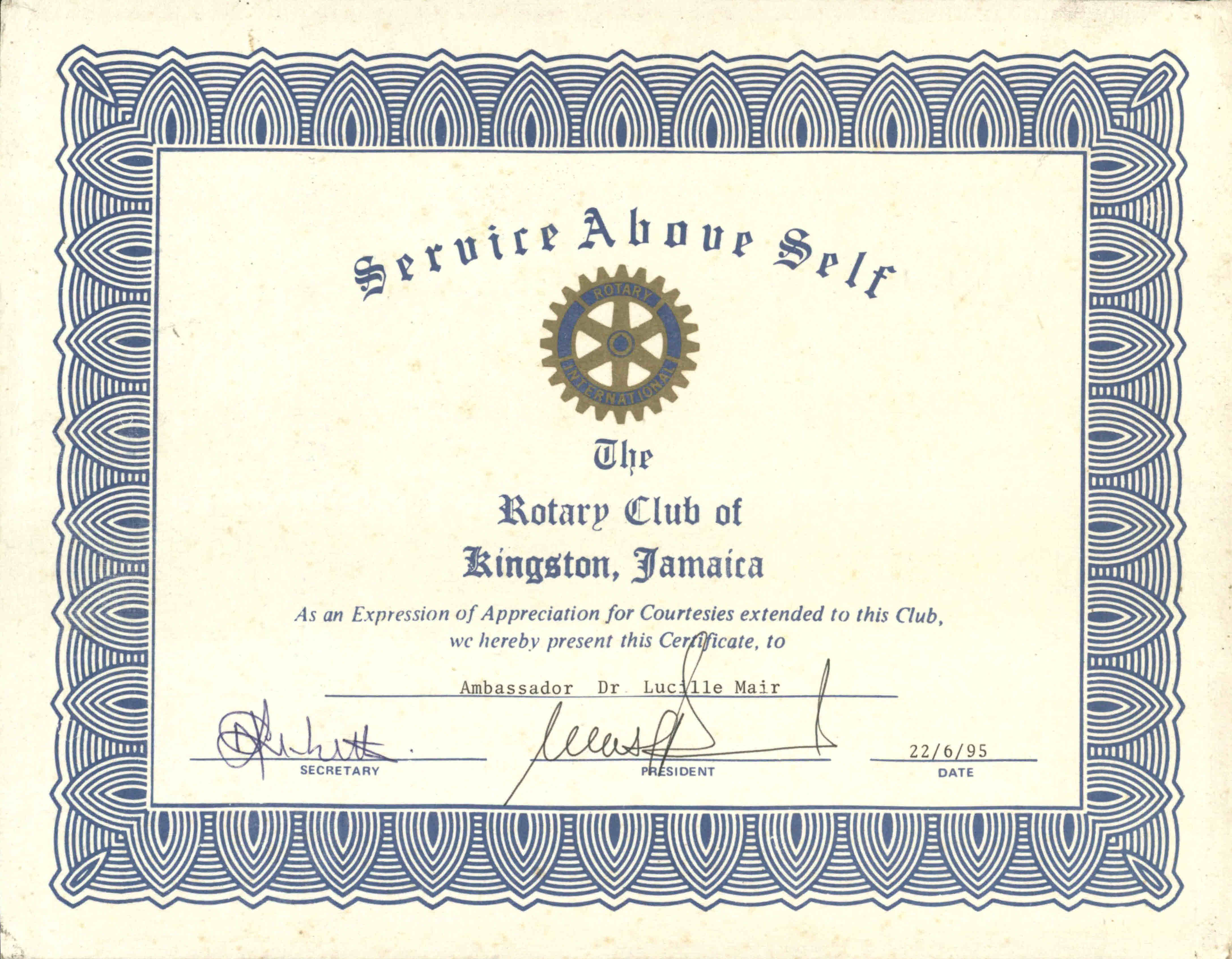 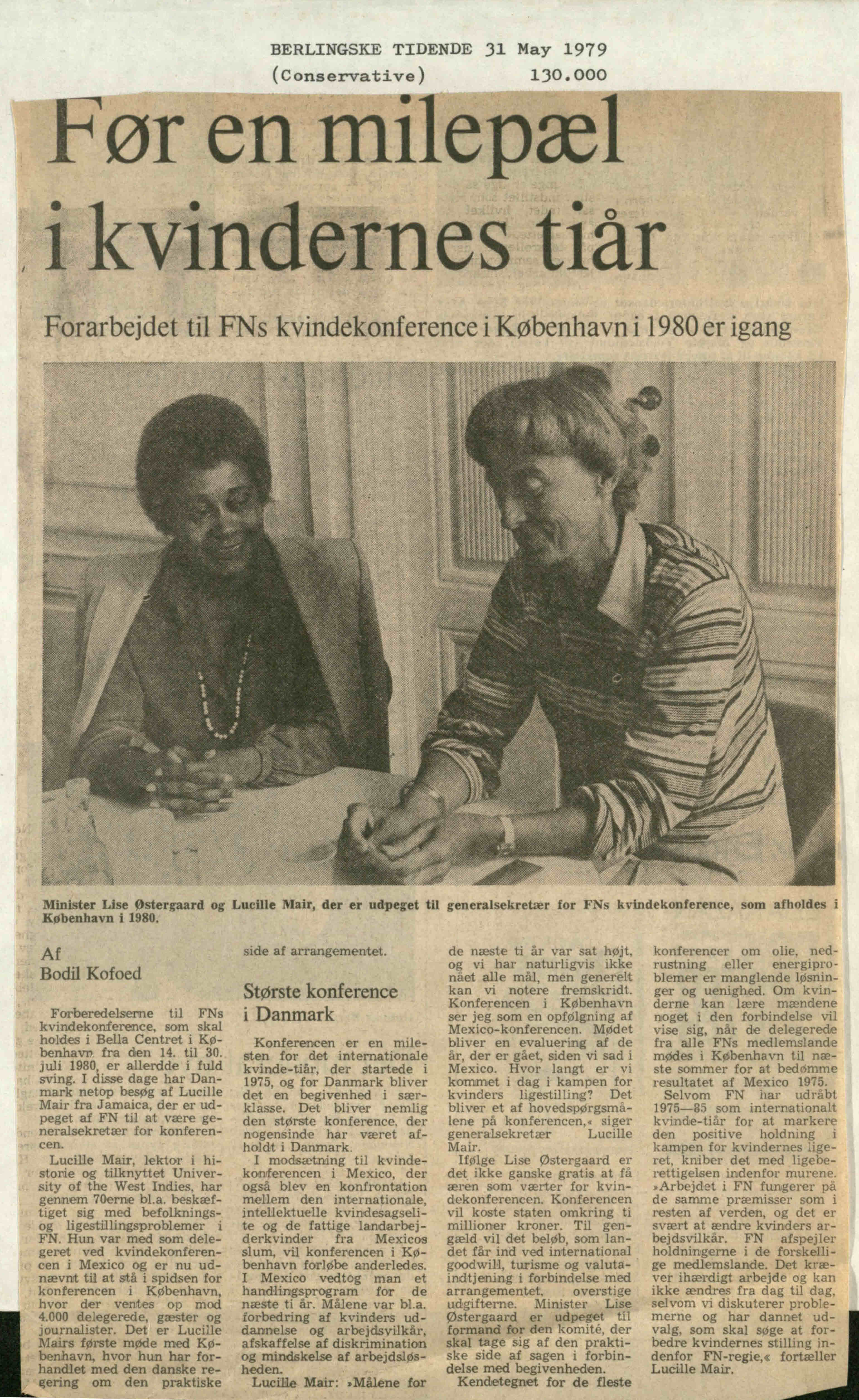